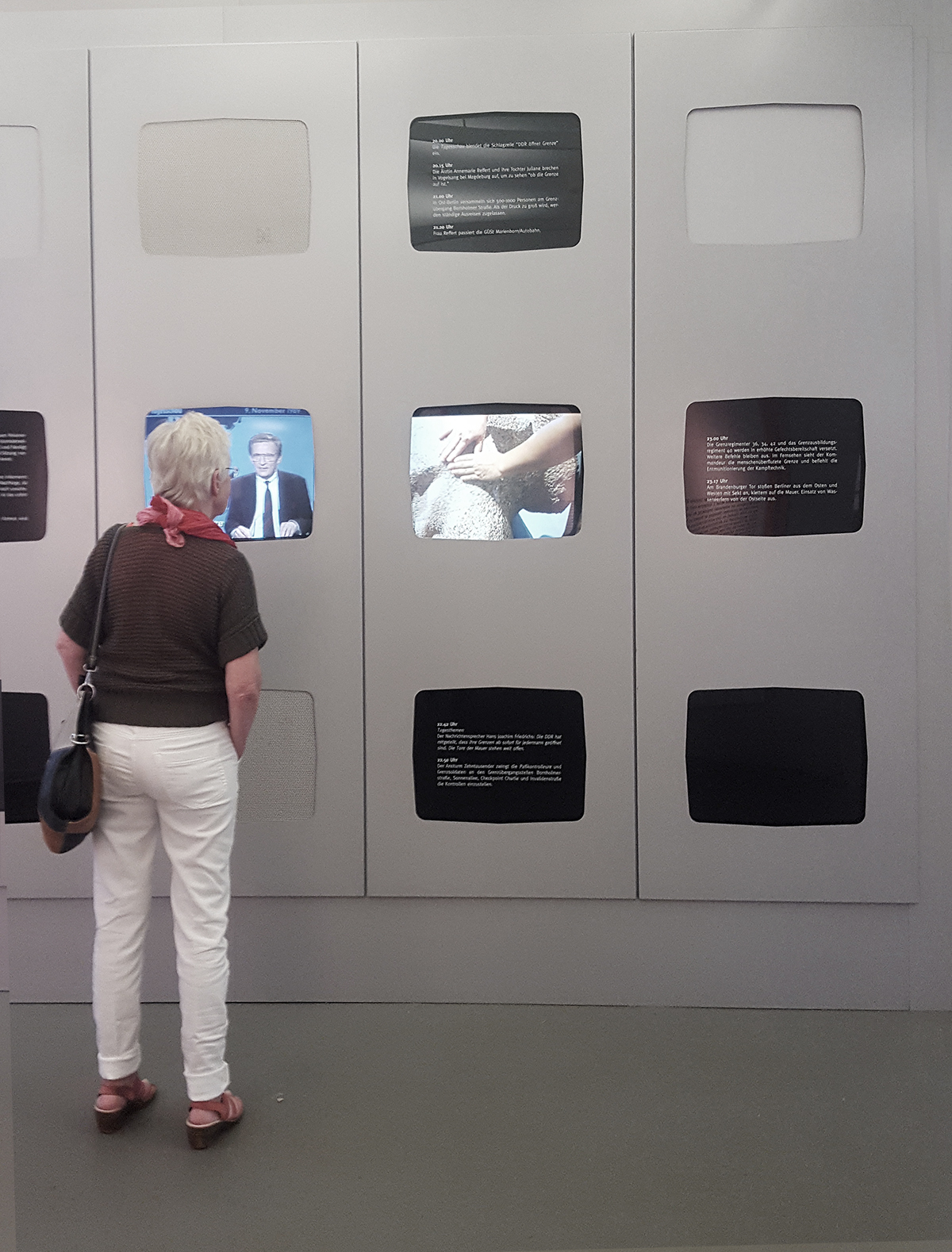 In the video work, a masseur can be seen treating the monumental granite head of the Lenin monument, which was dismantled in 1992, to a traditional massage. First buried in the outskirts of Berlin, the head now finds itself in a permanent exhibition on the monuments of Berlin. “Encounter” staged the encounter of completely different traditional and political concepts.

Installed within the video wall of the permanent exhibition of the memorial “Gedenkstätte Deutsche Teilung Marienborn”, upon which news pictures from the period of change during The Turn (Die Wende) are also shown, Fabian Bechtle’s video engages in the mediation work of the memorial. “Encounter” undertakes an attempt to reconsider monuments together with their respective attributed use and meaning.